Leather and Skin as a Marker of Social Status

In all societies, clothing has been one way in which people show their wealth and status. Rules (sumptuary) sometimes existed, meaning that only a few people were allowed to wear certain items.   For example, among the Vakwangali the skin of a rare animal, such as a giraffe, could only be worn by the hunter’s wife (Caley, 2020: 21)

In Aawambo Communities, an individual’s clothing could reveal the kingdom and clan that they belonged to.   Only members of the royal family were permitted to wear the skins of the larger game, such as giraffe, leopard and buffalo.  Relative poverty was also reflected in the fact that poorer people were not able to obtain cow fat to keep their skins in good condition. (Shigwedha, 2004:28)

The Vakwangali tanned skin through a labour intensive process that involved scraping the skin and rubbing in a vegetable lotion that cured the skin and kept it soft (Caley, 2020: 21 )

In Aawambo communities leather is processed using natural materials such as Omutulu as a drying agent to achieve a light brown colour, in a process known as Okusindika. The process starts with the omutulu leaves being rolled inside a fresh membrane of the animal for five or more days. Different shades can be achieved by adding other leaves, but omutulu was the main ingredient used to give a light brown colour. The colour was believed to compliment the red colour obtained when olukula was used as a red body lotion. To maintain a soft and smooth tanned skin, woman applied a mixture of olukula and oombeke oil.  The oil would be kept inside a goard (Shigwedha, 2004, p.27) 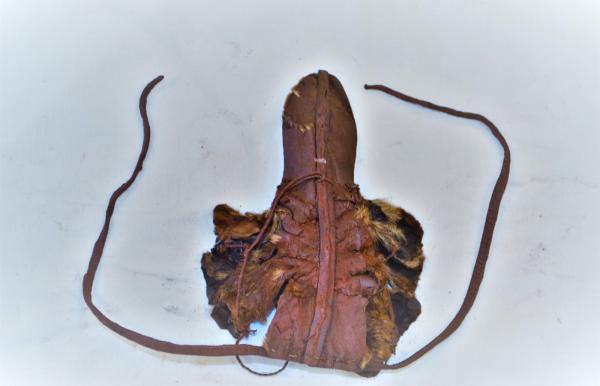 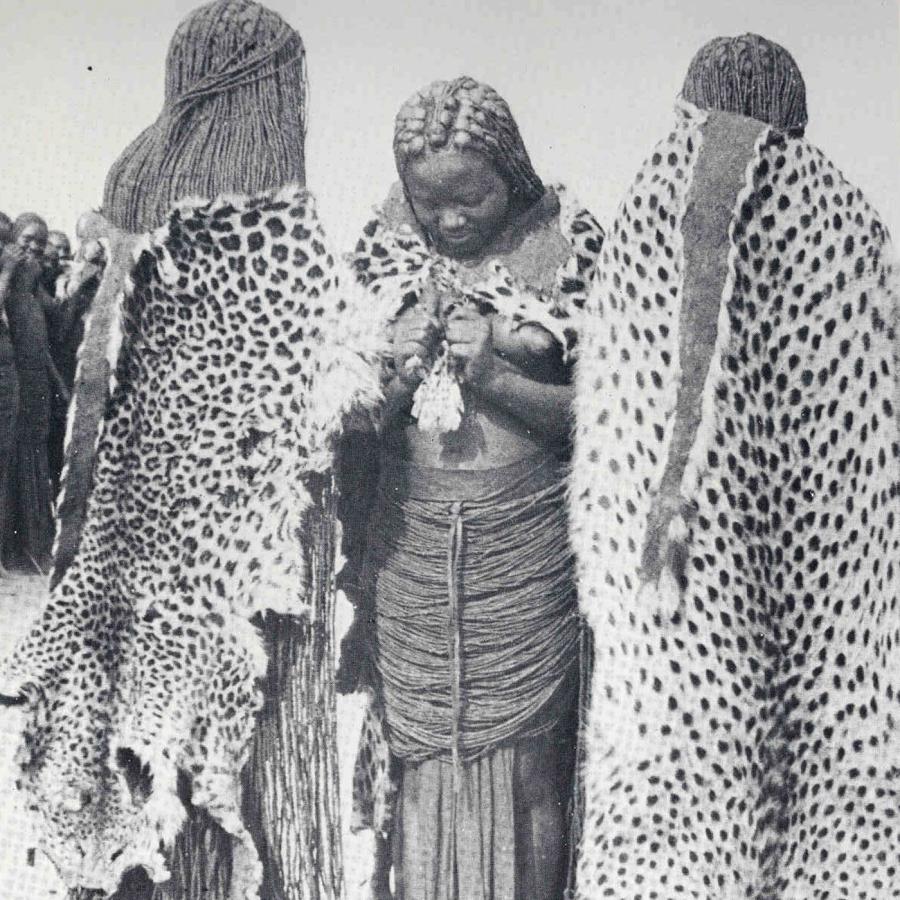 Leather and Skin as a Marker of Social Status
In all societies, clothing has been one way in which people show their wealth and status. Rules (sum… 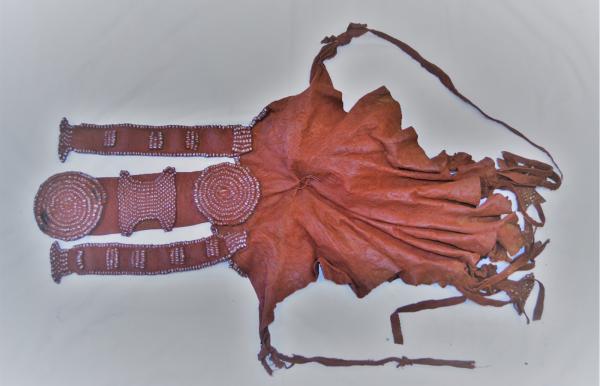 Orupero (Cloak)
Worn by OvaHimba women (omukazendu). This example was made in 2020 by Ms Kajoo Muharukua. The leat…