Leather and Skin as a Marker of Social Status 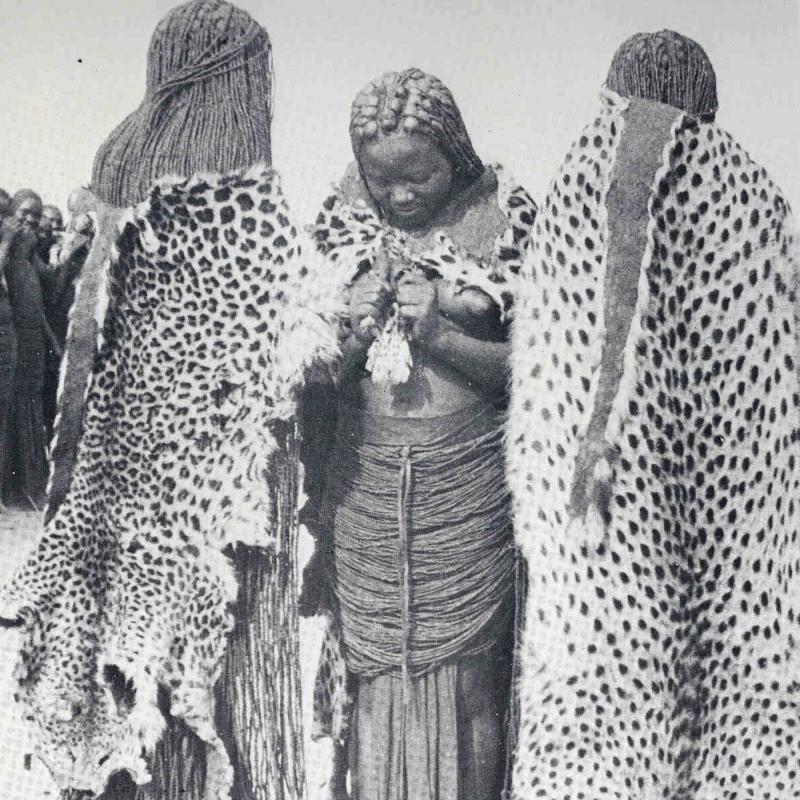 In all societies, clothing has been one way in which people show their wealth and status. Rules (sumptuary) sometimes existed, meaning that only a few people were allowed to wear certain items.   For example, among the Vakwangali the skin of a rare animal, such as a giraffe, could only be worn by the hunter’s wife (Caley, 2020: 21)

In Aawambo Communities, an individual’s clothing could reveal the kingdom and clan that they belonged to.   Only members of the royal family were permitted to wear the skins of the larger game, such as giraffe, leopard and buffalo.  Relative poverty was also reflected in the fact that poorer people were not able to obtain cow fat to keep their skins in good condition. (Shigwedha, 2004:28)