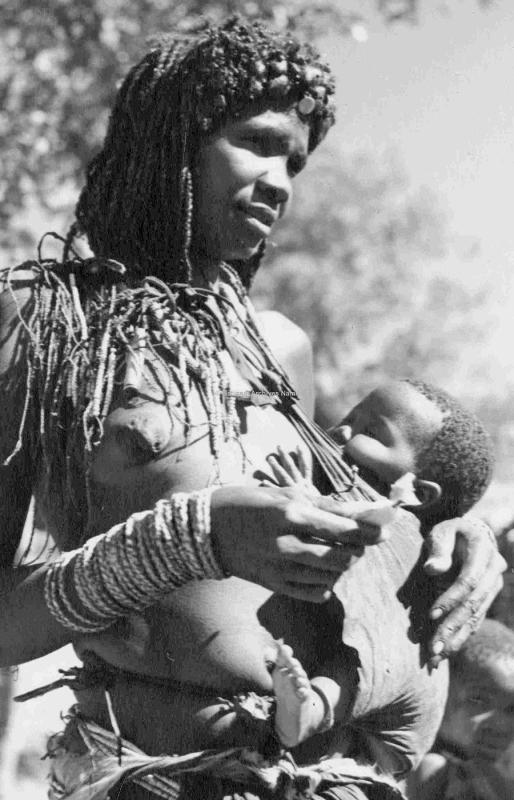 Yihiho is a style of headdress from the Vakwangali community.  It was made out of braided sisal fibres and mixed with munde a mixture of sweet-smelling grass and finely crushed wood from the muparara tree. These braids often hung with three beads or more at the bottom and a big braid in the middle at the back of the head.  The large braid was often decorated with white beads or nombutau (cowrie shells) .

A similar style was used by other communities living near the Kavango River.  For example,  Mbukushu women traditionally wore elaborate hairstyles that were specific to their gender and identified their age and marital status. The headdress were also characterized by long tresses of twisted fibre ornamented with decorative patterns of glass beads. We would like to know what cultural difference and names were used for this item of clothing and which other communities wore similar headdresses.

Was there any difference in the way headdresses were made or the material used in headdresses traditionally worn by women in the Kavango regions.