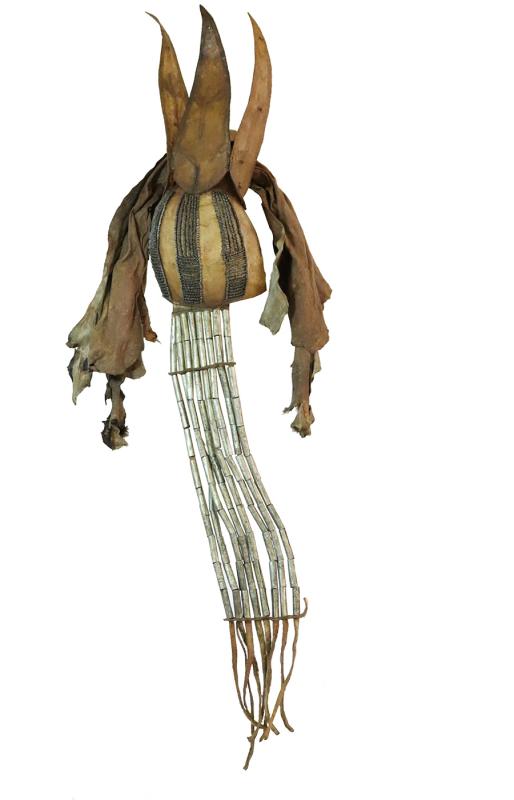 The Ekori is a headdress that both OvaHerero and  Ovahimba were wearing in the nineteenth century. It was crafted out of leather and embellished with iron beads and intricate leather stitching. Mrs Cynthia Schimmings stated that “when missionaries came into contact with the communities who wore the Ekori, they perceived it as satanic since it resembled the cow horn.”

What is the connection between the Ekori and the Oshikaiva (which is now more commonly worn by Ovaherero women) ?